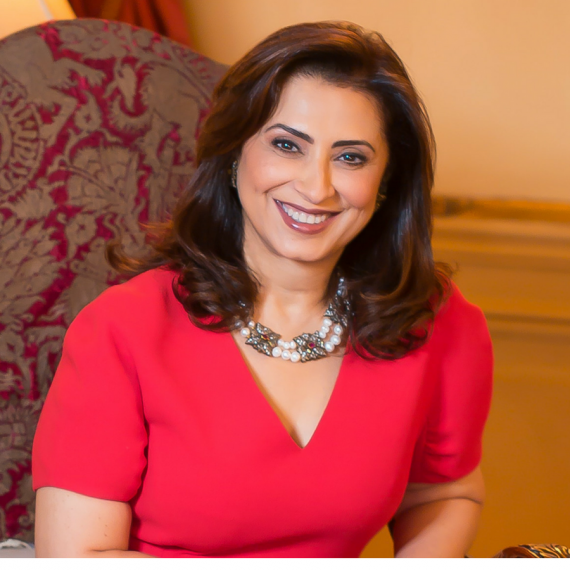 Dr. Manal Hussein Abdel Razek is currently the Chairwoman of Orascom Hotels & Development (OHD) and the senior consultant to Lazard Freres since 2014. For 22 years she served in the Egyptian government in many capacities; from 2004-2013 as Deputy Minister at the Ministry of Finance heading the Budget Committee and beforehand as Deputy Minister of Foreign Trade as well as a member of the Shura Consultative Council from 2004-2011. Dr. Abdel Razek is also the founder of Bienetre, a wellbeing institution tailored to empower men, women and children feel physically and mentally healthy, a progressive vision meant to encourage others to improve their perspective on life amid stress.

Dr. Abdel Razek was founder of the Central Department of Small and Medium Enterprises and gender budgeting at the Ministries of Foreign Trade and Finance respectively.

Dr. Abdel Razek spearheaded the automation of pension offices with the issuance of two million pension cards. From 2008 -2010 she became the Chairperson of E-Finance, the market leader in the field of electronic payment.

Regarding awards and academia, Dr. Abdel Razek obtained her PhD dissertation in Public Administration with highest Honors from Cairo University. In June 2001she earned the Frank G. Wisner Award in recognition of the outstanding master’s thesis entitled “Streamlining the regulatory Procedures for Small and Medium Enterprises (The One-Stop-Shop Model)”, American University in Cairo. The latter was later adopted by the State and included in the amended bonus law and investment guarantees Law no. 8/1997 and Law no. 141/2004 for small constructs development.