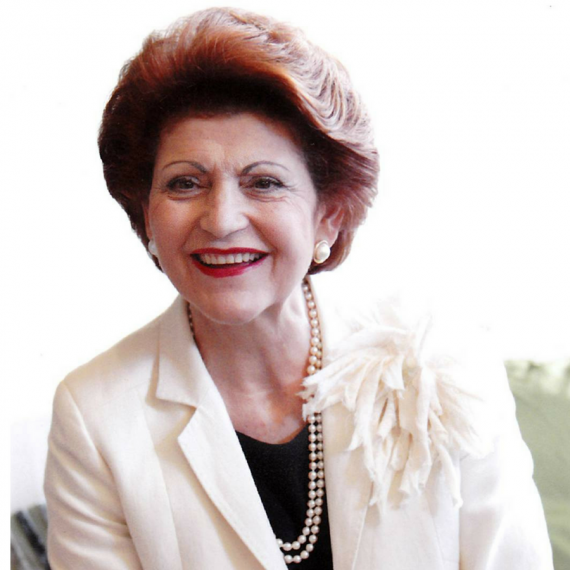 Androulla Vassiliou studied Law and International Affairs in London. She practiced Law for 27 years and during this time she served as legal adviser to ‘The Standard Chartered Bank’, and later to ‘The Bank of Cyprus’. She was elected Member of the Cyprus House of Representatives for two consecutive terms (1996-2006) and served on various parliamentary committees.

In March 2010 she was entrusted with another portfolio and she became ‘EU Commissioner for Education, Culture, Multilingualism and Youth’, a position she held until October 2014.

She has received the following honours: The ‘Grand Cross of the Order of Benefaction’ from the Hellenic Republic; she received an Honorary Doctorate from ‘Demetri Cantemir University’ of Romania; was named ‘Commander of the Order of the Arts and the Letters’ by the French Republic, in 2015. In January 2016, she received from PM Rahoi of Spain, the ‘Civil Order of Alfonso X el Sabio’ at a special ceremony at the Prado museum.

She is married to Dr. George Vassiliou, former President of the Republic of Cyprus and has three children.