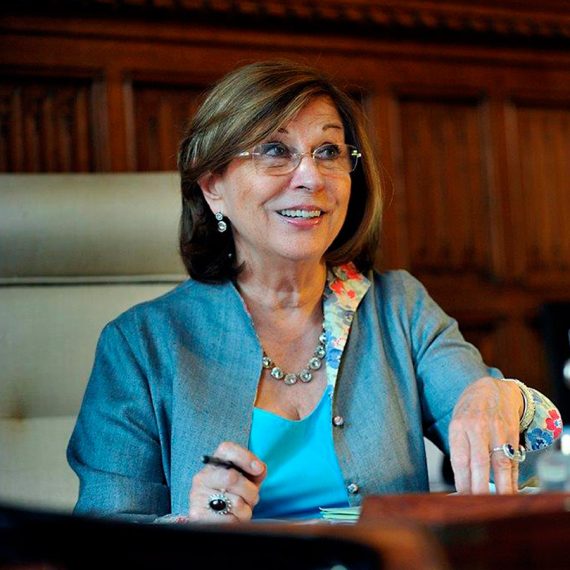 Former Lord Speaker at the House of Lords

Frances Gertrude Claire D’Souza, Baroness D’Souza, CMG, PC is a British scientist and Lord Temporal. She was previously Lord Speaker, having held the office from 1 September 2011 to 31 August 2016.

She has a wide array of interests and has actively participated in the spheres of human rights and development, House of Lords reform, gender equality and how to access to information. Frances Gertrude Claire Russell went to University College London to read anthropology, graduating BSc in 1970. She subsequently undertook further study at Lady Margaret Hall, obtaining the degree of Doctor of Philosophy (D.Phil.) in 1976 from the University of Oxford. She worked for the Nuffield Institute of COMPARATIVE REPRODUCTIVE PHYSIOLOGY from 1973–77, Oxford Polytechnic (now Oxford Brookes University) from 1977–80, and was an independent research consultant for the United Nations from 1985-88. D’Souza was created a Lord Temporal as Baroness D’Souza, of Wychwood in the County of Oxfordshire, on 1 July 2004. She sat as a crossbencher in the House of Lords, where she was the Convenor of the Crossbench Peers from 2007 to 2011 with attendance “well above average”. On 13 July 2011, D’Souza was elected Lord Speaker of the House of Lords and began her new role on September 2011. D’Souza’s term as Lord Speaker ended on 31 August 2016.