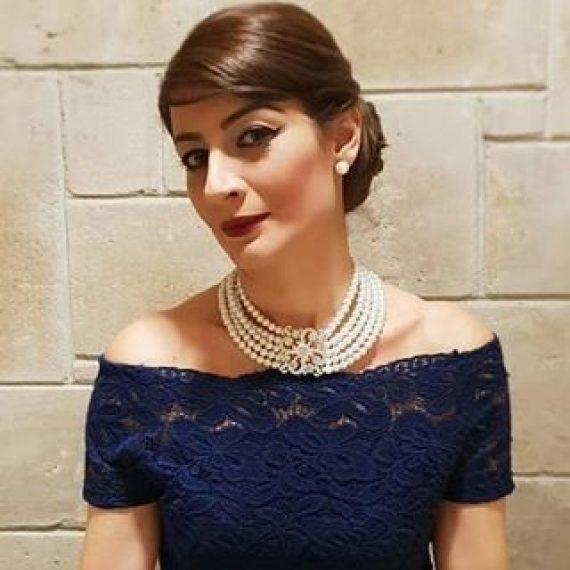 Born in Cyprus at the birthplace of Goddess Aphrodite, Paola has been an ambassador for her country since 2000 when she was crowned the title of the Olympic Priestess. She is one of the 23 ladies that ignite the Olympic Flame and the only one from Cyprus which is a small – with Greek origins – island in the middle of the Mediterranean. Paola has a very strong personality and loves challenges. One of them was playing Hecuba in Euripides Trojan Women which is her signature role in Ancient Greek Drama.

She amazed the audiences world-wide in 2018 when she performed ‘Melina: The Last Greek Goddess’ which she co-wrote with her director Paul Lambis and won the ‘Best International Show’ award at the United Solo Festival in New York in 2018 bringing a great honour back to her country since the show was under the auspices of the President of the Republic of Cyprus Mr. Nicos Anastasiades. She is returning back to New York to perform to the United Solo Festival on the 8th November 2019 as the greatest soprano ever, as Maria Callas.

She admits that she is a workaholic but she never forgets to be a good mother to her seven-year-old son Constantinos whom she raises as a single mum. Hard work paid off though giving to Paola a very good reputation around her country. She made a career by presenting the 8 o’clock news to two of the most prestigious national TV channels SIGMA and ANT1 while she would still take every opportunity to perform on stage.

Knowledge is what she also loves. That is why she bears 3 degrees in Acting, Greek Literature and Law while she has a Master of Arts in IR and she is a candidate for a PhD. Paola loves sports and leading a healthy life, a healthy mind and a healthy body is part of the way she sets the example and inspires others.

She will find the time to work out every day and be in good shape though she likes travelling around the world and familiarizing with new places and people. She is also the PR & Marketing Executive of The International School of Paphos. She always sets up her goals and reaches them through hard work, passion, dedication and teamwork. She has excellent communication and leading skills and a soft heart as she gives a lot of herself in charity work in Cyprus and abroad. As far as for her goals and dreams, she says with honesty ‘Sky is the limit!’