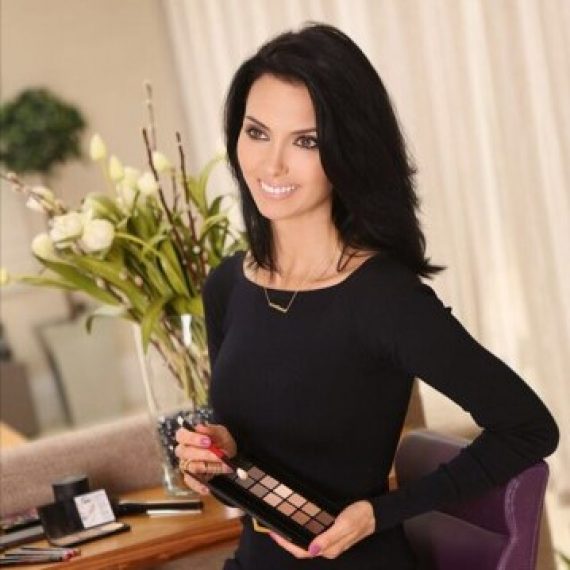 Olga Stepp is a successful makeup artist in London. During her eighteen years career she has worked in all sectors of the fashion industry, creating unique looks for the magazine editorials, advertising campaigns, films and television (Son of a Nosferatu, Guy Ritchie’s Sherlock Holmes and BBC Special Morning Series), as well numerous media projects. Olga is in demand among the high profile event organizers, as well as her private clients and celebrities, among them are model and actress Kelly Brook, model and Vaara founder Tatiana Korsakova, TV personality Hofit Golan, blogger Emma Miller, male model Willy Cartier.

Prior to embarking on her career as a makeup artist, Olga received a degree in economics and worked as a model, participating in fashion shows and shootings. But in 1997 Olga decided to continue her professional path in the fashion and beauty industry, and graduated as a stylist and makeup artist from a famous style school Persona, in Moscow.

During her career, Olga collaborated with numerous publications such the Stolnik Magazine, the Gate Magazine, Rutage, New Style Magazine. Was also responsible for the fashion section at the HAPPY magazine, gave lectures at Ural State Academy of Architecture and Arts and worked for Fashion TV.

Originally from Kazakhstan, in 2009 Olga with her family moved to London. In order to learn the profession of a makeup artist for films and television, she graduated from Christine Blundell Make Up Academy, and even managed to work in a team with Christine herself for the Sherlock Holmes film.