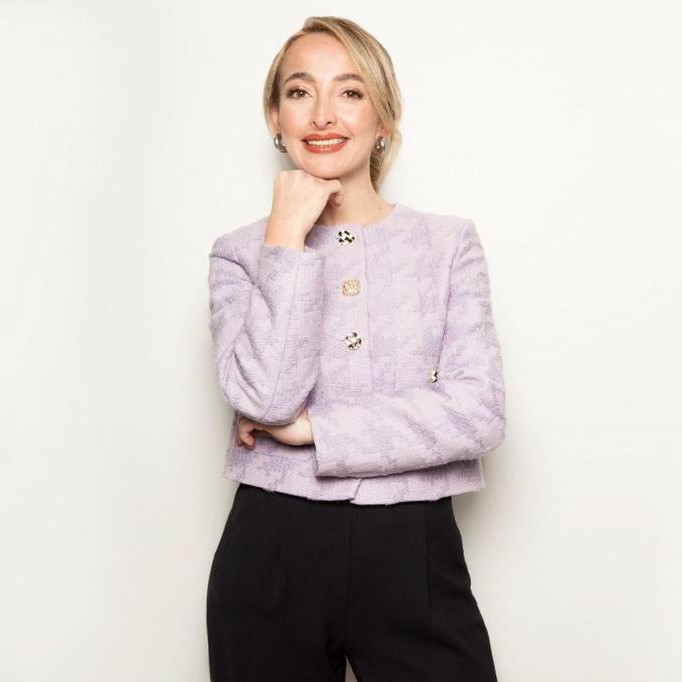 Chair of Creative Women in Colombia and Panama

Katherine is a renowned businesswoman, speaker and business strategist from Colombia.

She is also a columnist, TV host, and a brand ambassador for Trees For The Future and Sadh Gurú campaign Save Soil.

She is the founder of more than 15 companies such as Go Dynamics and Go Lab Cosmetics. She has also helped to develop and transform more than 600 companies.

She is the only Latina member of Forbes Business Development Councils since 2019,  and is a member of Founderscard, Startup-Grind Internations, the Latina Empire, Mujeres líderes and Speaker EXMA.

Katherine Loaiza Galeano was named the Entrepreneur of the Year in 2011 in Colombia and one of the most influential people in 2019 by the Manager Magazine (Revista Gerente) in Colombia.

The media outlet 25hoursnews has also named her as one of the top 10 entrepreneurs in the world to watch in 2022, being the only woman and being on the list with Jeff Bezos, Elon Musk, Mark Zuckerberg, and Bill Gates.

Some of the awards she has received as a businesswoman and entrepreneur are: the Entrepreneur Country Award, Endeavor Award, EO (Entrepreneurs Organization), and Spree.

She has also been awarded by the Chamber of Commerce in Colombia for her work in entrepreneurships.