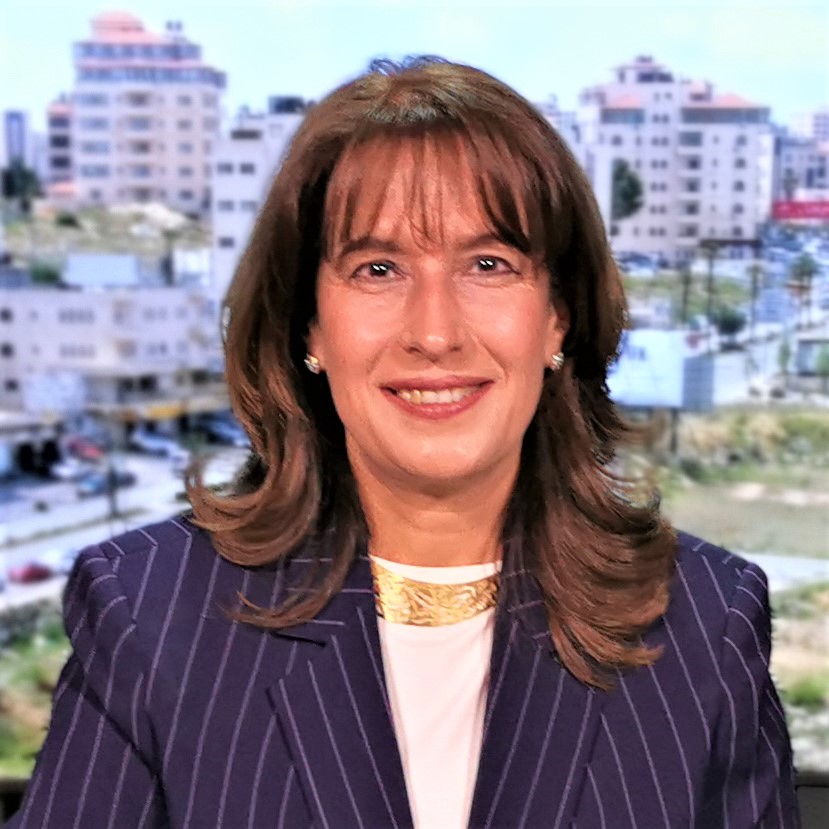 Dr. Amal Daraghmeh Masri is CEO of Ougarit Group, Editor in Chief, and founder at Middle East Business News. She also holds positions in local business organisations working for the advancement of women in Palestine and across the Arab world. She is head of the Local Economic Council AlBireh Municipality, a board member of Islamic Reporting Initiative IRI-UK, and former President of the Business Women Forum. Dr Masri holds an honorary Doctorate from GODSU University, USA and was decorated in France with the Chevalier Legion de Merite d’Ordre National. She is listed as One of Ten Global Women Entrepreneur & Leaders by the International Council of Small Enterprises, USA. Amal is an activist in economic rights for women and believes that economic independence is key to the advancement of women.

She is a founder and former board member of the Middle East Business Women’s Network, a member of the Arab International Women’s Forum, London and was on the steering committee of Fostering Women Entrepreneurs.  She is a member of the advisory board and shareholder of Mixberry Media, USA and a member of the Palestinian-American Chamber of Commerce. She is President of Palestine Accueil (part of FIAFE Paris) and a member observer in the Private Sector, Development and Trade Sector Working Group – Local Aid Coordination Secretariat (LACS).

Dr Masri organises and heads economic events that tackle issues such as unemployment. She was voted one of the ‘Top Ten Influential Arab Women working in Public Relations in the Arab world’ and ‘Model Arab Woman’. She regularly appears on TV and radio in Palestine and overseas. In 2010, she organized the 1st PR Conference in Palestine, which was celebrated as being only the third of its kind in the region. She speaks at many international conferences including the New Arab Women’s Forum in Beirut and the Middle East Business Women Forum in Dubai.