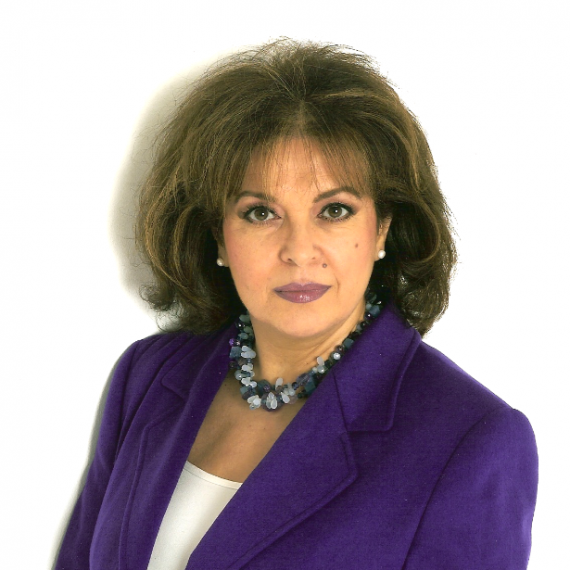 Editor in Chief of the Media Services Syndicate

Baria is an award-winning international journalist and broadcaster. She recently received a “Lifetime Achievement Award” from the 2018 Commonwealth Businesswomen Awards; and the 2018 Arab Women of the Year Award, for Achievement in Media, through Regent’s University, London.

She is the Editor of Media Services Syndicate and has interviewed numerous heads of state including; Margaret Thatcher, Benazir Bhutto, King Hussain of Jordan, Yasser Arafat and Fidel Castro, to name a few. Baria was the last journalist to interview Prime Minister Indira Gandhi. Over the course of her career she interviewed hundreds of Western, Arab and global politicians, diplomats, cultural figures and other luminaries.

For many years she was Editor at Large for leading Arab newspaper Al-Hayat and is currently a columnist for the Arab News. She is currently at the final stages of publishing two books with Middle Eastern themes. Baria was a News Anchor for Lebanese Television, and in-house Middle East analyst for CNN.

She makes numerous appearances as an analyst on Middle Eastern affairs on channels like the BBC (TV and radio; regularly participating on DateLine London), Sky News, ITN, CNBC, Al-Arabia, Al-Jazeera and many other channels. During the 1980s and 1990s she wrote regular columns for Al-Sada, Ar-Rajul and Al-Hawadith publications, along with contributing to First Magazine. Baria was also a journalist for Sawt al-Kuwait radio 1990-91 during the Iraqi occupation of Kuwait.

Baria is a frequent guest speaker and moderator at international conferences. She was the President of the International Arab Charity since 2004 and is a member of the advisory board of the Tallberg Forum in Sweden. She is a member of the board of directors of the British Lebanese Association in London. Baria is the director of the media company International Communications Experts (ICE), as part of which Baria taught communications courses at Westminster University & East Anglia University, along with providing extensive communications and media training to dozens of prominent figures around the world.

Baria is married and has two daughters, Tala and Amal.