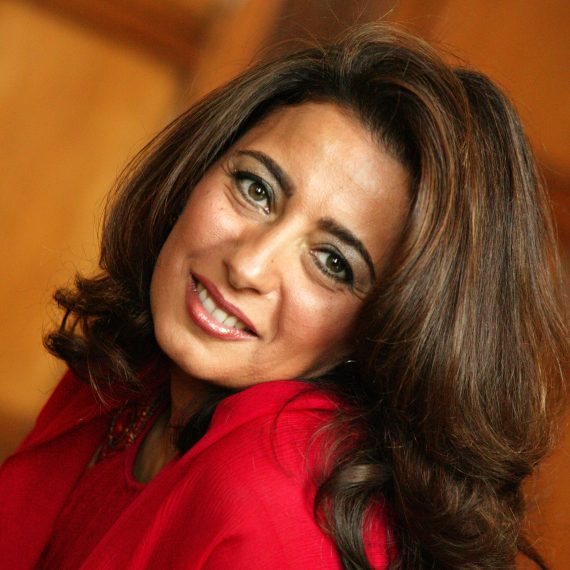 Amira is a concert pianist, artistic director and the founder of ENCORE! a leading performing arts company in Dubai. She has inaugurated and continues to manage the new Music in the Studio series of concerts and masterclasses at the Dubai Opera. She established and directs the Music Academy at Nord Anglia School International and recently formed the new Youth Orchestra.

After finishing her Master of Music studies at the Royal College of Music, Amira was invited by the British Council on a concert tour of the Middle East which greatly influenced much of her future work. Through this tour she was inspired to create The Festival of the Nile, a celebration of chamber music with the aim to develop a cultural exchange of ideas between Egyptian and international artists. The festival supported contemporary music, commissioned new works and toured artists to several European capitals. She founded and co-directed the piano masterclasses, Musique en Armagnac in France, which supported the work of young aspiring pianists. Continuing her work in music education, most recently, Amira held the post of Director of Music at Godstowe, where she led the music department and implemented a regular concert and music education platform to include masterclasses with the Royal College of Music director, Colin Lawson. Echo Documentary Films followed and profiled her passion for her work in music education and produced the DVD, ‘Amira’s Concerts’.

Her Wigmore Hall recording, Portraits: A Pianist’s Journey, at London’s was received to great critical acclaim from The Piano Journal. Her latest CD with the English Chamber Orchestra includes a live recording of the piano concerto ‘El Hedeiya’ written for her by the acclaimed British composer, David Heath as well as chamber music with the LSO principal oboist John Anderson and soprano Angela Tunstal. She performed the world premiere of ‘El Hedeiya’ with the English Chamber Orchestra at the Shubbak Festival at London’s Cadogan Hall. She is presently working on her next solo piano CD, Portraits II: Mirage, which will feature works by Arabic composers and inspirations for the piano. Amira is thrilled to announce that she will be giving the world premiere performance of the new piano concerto, ‘The Crossing of the Crescent Moons’ by the eminent composer Amanda Lee Falkenberg.

Amira showed strong musical talent at a very young age. She was born in Glasgow, Scotland to Egyptian parents and began her musical studies at the age of five in Canada, supported by a family with a great appreciation of music and the fine arts. She received her Bachelor of Arts and Bachelor of Music degrees in Canada at Queen’s University and the University of Windsor respectively, where she studied on full scholarships. She was awarded grants from the Canadian government to study with the internationally renowned French pianist, Cécile Ousset in Paris and was subsequently awarded a full scholarship from the Royal College of Music in London where she received the Master of Music degree studying under the eminent pedagogue and pianist Kendall Taylor.