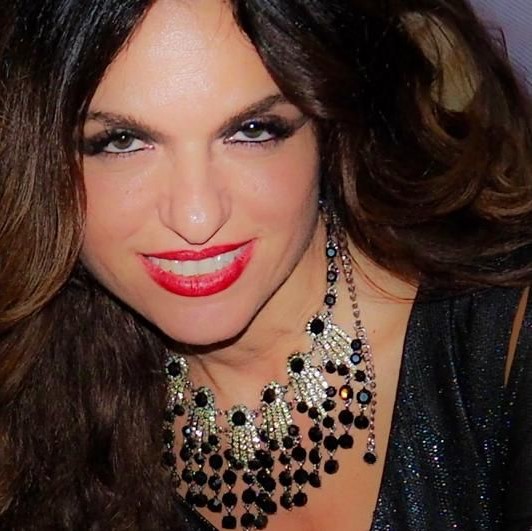 Chair of Creative Women in Cyprus

Maria won all the annual academic scholarships (1988-1992) at Barton University, Wilson, NC, all the annual foreign student scholarships (1988-1992), and also won the annual Caldwell Scholarships (1989-1992). In 1991, she was also awarded the Bessie Massengil Art Scholarship for Best University Art Student, and became a member of the Alpha Chi (AX) National Honor Scholarship Society, in USA.
She was placed on the Dean’s List, Fall 1988, Spring 1989, Fall 1989, Spring 1990, Fall 1990, Fall 1991. She was placed on the President’s List Spring 1991 and Spring 1992. In 1991, Maria Ignatiou was the Marshall of the Junior Class at the Commencement achieving the Highest Junior Class Average. In 1992, she acquired a Bachelor of Science degree in Painting & Ceramics with Magna Cum Laude distinction.
During her studies, Maria was a Representative to Senate, President of Campus Christian Association, Member of Convocation, Concert, and Lecture Committee, and Member of the Council of Presidents. In 1991, she presented her awarded Ceramic works alongside renowned artists of the State at the North Carolina Ceramics Conference which was held in Spring in Asheboro, North Carolina. In 1992 she returned to Cyprus and founded a private educational institution with a primary focus on the visual arts.
In 1998 she co-founded Kivotos Luxury Lifestyle, a contemporary luxury development company specializing in design and art consultancy together with product sourcing and supply for exclusive projects, representing world famous companies such as Versace Home and Barovier & Toso.
In 2004, she was employed by the Ministry of Education as an Art Educator and has taught Art at the St Barnabas School for the Blind, Nicosia, Cyprus.
As an acclaimed Fine Artist, she established the Art Department both in Painting and Ceramics at the School of the Blind offering professional lessons in finger painting, painting and drawing with magnifier lenses, ceramics, jewelry, fabric collage and engraving. She is a sixteen-year experienced Art Educator to students with visual impairment including blindness and dual sensory impairment of deafness and blindness.
Being the Author of the art curriculum for the St Barnabas School for the Blind, Nicosia, Cyprus, she has developed art therapy lessons and creative arts adaptions.
In 2020, she resigned from the Ministry of Education and founded the Museum of Art and Design. The role of this Museum is to showcase the works of renowned artists, designers and academic professionals and to promote the significance of art and design. Ultimately, the goal is to cultivate, inspire and educate the visitors, allowing them to enjoy the beauty of creation from around the world. The Museum will also present tactile works of art, sculptures and designer objects to allow people with visual impairment to touch and enjoy the creative artworks of the artists.www.museumartdesign.com
She has had solo and group exhibitions both in Cyprus, Greece and USA.
At the 11th Cyprus-Russia Gala held under the high patronage of the First Lady of Cyprus, Mrs Andri Anastasiades at the Presidential Palace, Nicosia, Cyprus on the 15th October 2017 her fine art-themed “Agape”, was sold by silent auction to the highest bidder and the funds were donated to a charity that supports children with special needs and their families. On the 15th of September 2018 at the Presidential Palace, she was awarded a Certificate of Appreciation by the organizers of the Cyprus-Russia Gala and Radiomarathon Foundation.
Her artworks have been bought by private art collectors, ambassadors and government officials for their residences in Cyprus, England, Greece and the USA.
Her paintings are also in private collections belonging to the Royal family of Bahrain as well as in the Zambellas Art Museum, Cyprus and other prestigious establishments.
In 2021, as an acclaimed and awarded Artist, and Art and Design Director of her company Kivotos Luxury Lifestyle, Maria Ignatiou Shiakalli was selected as an Art Consultant for one of the largest projects in U.A.E.